How To Pick A Title For Your New Book 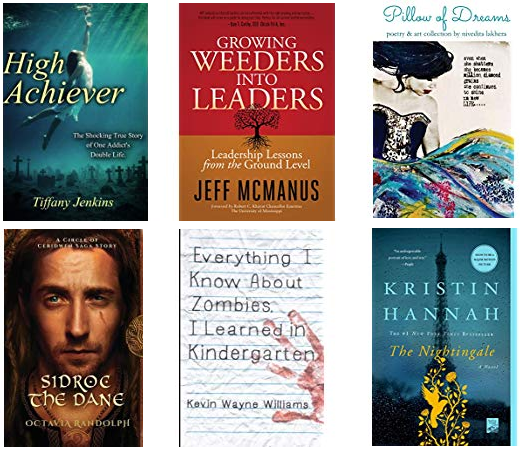 So, you’ve written your new book (or at least finished most of it) and now it’s time to think about the title. How do you go about it? Well, here is our simple guide on…

How To Pick A Title For Your New Book

Let’s do this in order, shall we?

1.Make it stand out.

Some experienced book writers may suggest you make your book title less than five words long. We say that’s just gibberish. A book title can be two-letters short or more than a couple dozens. Length is secondary here. In some cases, length is completely irrelevant.

For one example, let’s take Everything I Know About Zombies, I Learned in Kindergarten written by Kevin Wayne Williams. That’s a catchy title if you ever saw one.

Maybe so, but the fact that it’s a catchy one remains true. If you have a stack of books of post-apocalyptic zombie theme, this title will stand out nicely. Will it also be memorable? You can bet it will.

The most important thing in your book must be included in your title. The Harry Potter series are perfect examples for this. The title of each book from the first to the seventh clearly describes the one thing that each book revolves upon.

Well, yeah. Rowling could have used Harry Potter and The Triwizard Tournament to make it more descriptive.

Truth to be told, Rowling did consider that title. Rowling settled with Goblet of Fire because, in her words, it’s got that kind of ”cup of destiny” feel about it. However, rumors that flew around said that she chose Goblet of Fire because the original title was leaked. We’re more inclined to believe this to be the real reason.

A duplicate title is so easy to avoid these days. When you come up with a good title, just Google it. If it doesn’t exist just grab it as yours. It’s definitely easier than choosing a username for your social media account where every smart and funny name you can think of is already taken.

In the same vein, avoid picking a book title that’s too similar with the title of a terrible book. Amazon is your friend for this. Just enter your upcoming book title and see what comes up. Avoid associating your precious work with any book having less than three stars.